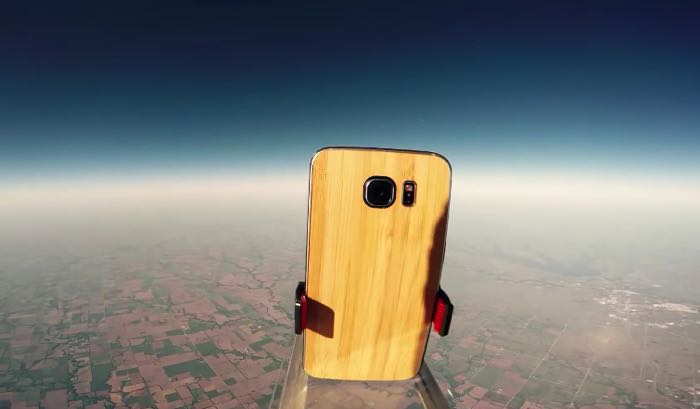 We have seen a number of videos of devices being launched into space and the guys from Slickwraps decided it would be a good idea to launch the new Samsung Galaxy S6 into space.

The guys from Slickwraps launched the Galaxy S6 into space on a box that was attached to a high altitude balloon.

The device traveled to an altitude of 122,264 feet and reach temperatures that were also low as -54 degrees C, have a look at the video below.

As we can see from the video the Samsung Galaxy S6 managed to survive the -54 degrees C temperatures and reached a maximum speed of 110 miles per hour on its journey.