As well as the new Samsung Galaxy Note 5 we are also expecting to see the Samsung Galaxy S6 Edge Plus later this month and now we have some new photos of the device.

The latest photos confirm some of the specifications on the Samsung Galaxy S6 Edge Plus, the handset will come with a 5.7 inch display with a Quad HD resolution.

There was a previous rumor that the device would come with a Qualcomm Snapdragon 808 processor, although the pictures of the handset show a Samsung Exynos 7420 processor, we wonder if Samsung will launch two versions of the device with different processors. 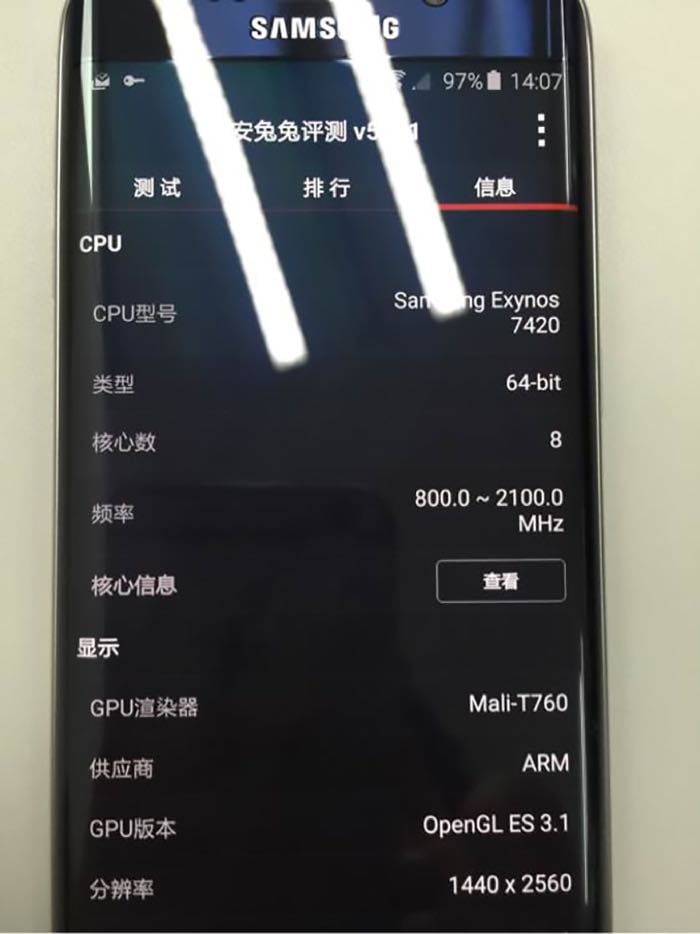 We also heard previously that the Galaxy S6 Edge Plus would come with 3GB of RAM and 32GB of built in storage, the handset will feature front and rear facing cameras.

The front camera on the device is said to be a 5 megapixel version and the rear camera a 16 megapixel version. Samsung are rumored to be announcing the new Galaxy S6 Edge Plus and Galaxy Note 5 at a press event on the 12th of August, both handsets are expected to launch before the end of August.