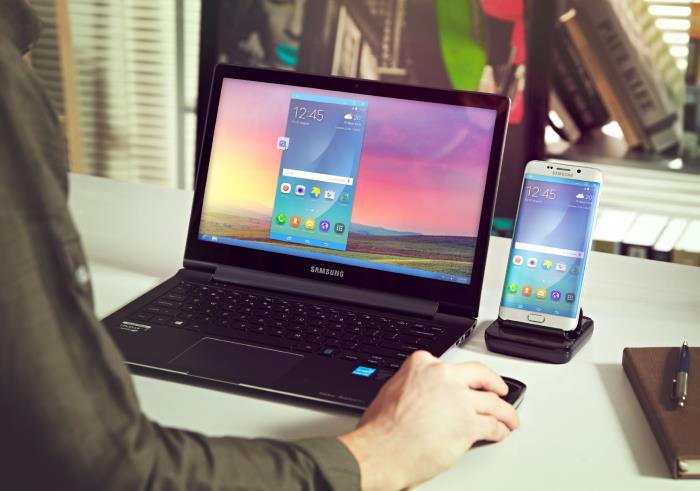 Earlier this month in New York, Samsung introduced the much awaited Galaxy Note 5 and Galaxy S6 Edge+. Both handsets are already available for pre-order in some regions.

If you’re residing in India, there’s some good news for you. Samsung has introduced the curved Galaxy S6 Edge+ in the region carrying a INR 57,900 ($889) price tag. The handset will be available for sale starting August 28th.

Alongside the handset, the company also introduced the Keypad cover and Fast Wireless charger in the country. The Keypad cover is priced are INR 4,499 and is targeted towards people who prefer to use a physical keyboard while texting or writing emails. The Fast Wireless Charger will also hit retail alongside the Galaxy S6 Edge+ carrying a INR 3,599 price tag.

As far as the specifications are concerned, the Galaxy S6 Edge+ comes with a 5.7-inch display sporting a resolution of 2,560 by 1,440 pixels, and comes with a 64-bit octa-core Exynos 7420 processor. The handset also boasts 4GB RAM, 32/64GB internal storage, a 16-megapixel primary camera with OIS and 4K video recording, a 5-megapixel front-facing camera and ships with Android 5.1.1 Lollipop with TouchWiz UI on top of it.

There’s no word about the price of the 64GB version, but we’ll update you as soon as we hear anything.