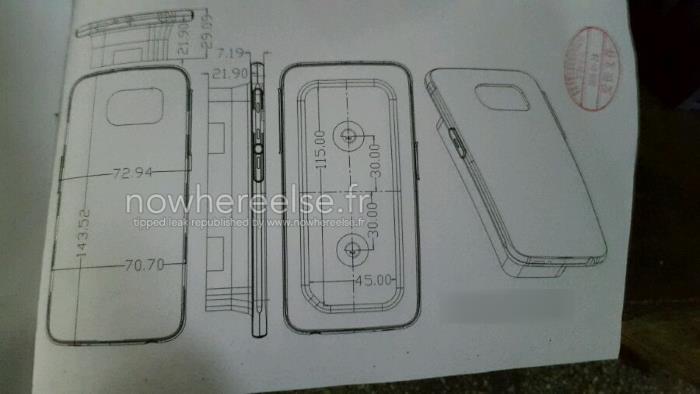 In the past few weeks, we’ve seen all sorts of leaks related to Samsung’s upcoming flagship device, the Galaxy S6. Not too long ago, some cases for the alleged Samsung Galaxy S6 popped up on Amazon, and now we have some more information about the upcoming handset.

The folks at NoWhereElse managed to get their hands on the leaked schematics for the Samsung Galaxy S6 case, which reveals the dimensions of the upcoming flagship device.

There’s no way to tell if the photos we’re seeing are legitimate, but if they are, it appears the Galaxy S6 would be taller, wider and thinner than its predecessor. According to the leak, the alleged Galaxy S6 measures 143.52mm x 70.70mm x 7.19mm, but it’s not as thin as the newly-announced Samsung Galaxy A7 which was unveiled a sometime back. Compared to the current Samsung Galaxy S5, it’s thinner — the Galaxy S5 measures 142 x 72.5 x 8.1mm.

If you take a closer look at the case, and the leaked images, the cut out for the camera looks quite similar to the cases we’ve already seen in the past few days. 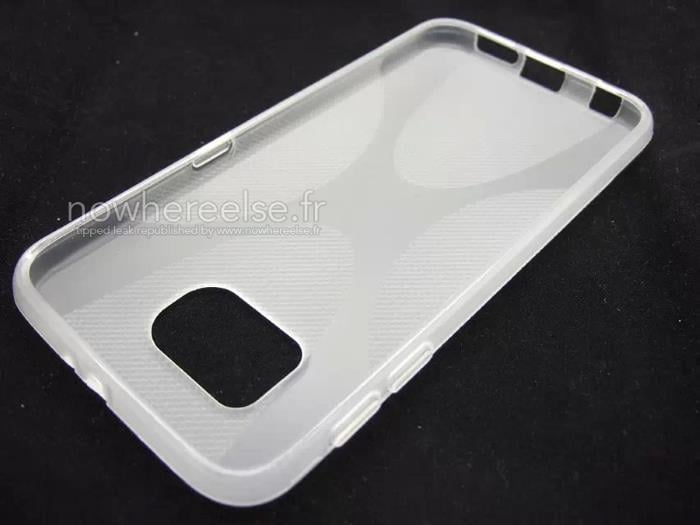 The bottom corner reveals three cut outs, one of is the charging port. As far as the other two ports are concerned, one is likely to be for the headphone jack while the third one should be for the speaker grill.

Obviously, this could be fake, we have to wait for the Mobile World Congress 2015 where the Korean company is expected to unveil the Samsung Galaxy S6. Until then, take this with a pinch of salt, we’ll update you as soon as we hear anything more.