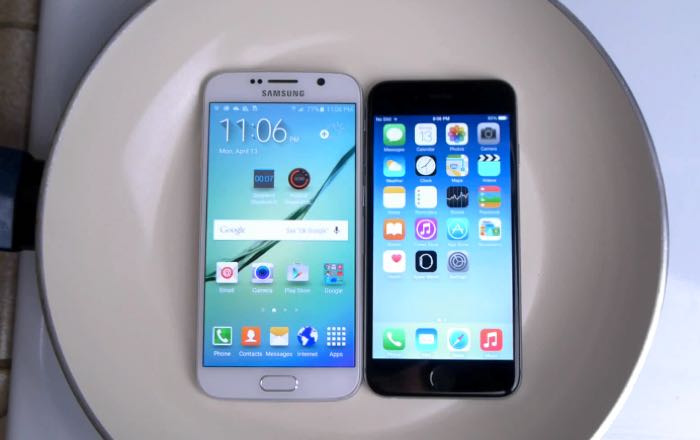 We have seen a number of drop tests and torture tests for the Samsung Galaxy S6 and now we have new video where the Galaxy S6 and the iPhone 6 meet boiling water.

The video below shows the iPhone 6 and the new Samsung Galaxy S6 bring dropped in a pan of boiling water, which one do you think will survive the longest.

This is probably the most extreme test of the Galaxy S6 and iPhone 6 we have seen to date, as we can see from the video, dropping your iPhone 6 or Samsung Galaxy S6 in a pan of boiling water is not really a good idea.