Samsung launched the highly rumored Samsung Galaxy S5 at the Mobile World  Congress 2014 in Barcelona last night. The handset will be available in most of  the countries in April.

Rumors hinted Samsung will release two variants of the Samsung Galaxy S5: one with a Snapdragon processor while the other one is powered by a Exynos processor. Last night was different as Samsung showcased only the Snapdragon variant at the launch event. But, the octa-core version of the handset will arrive soon as well. 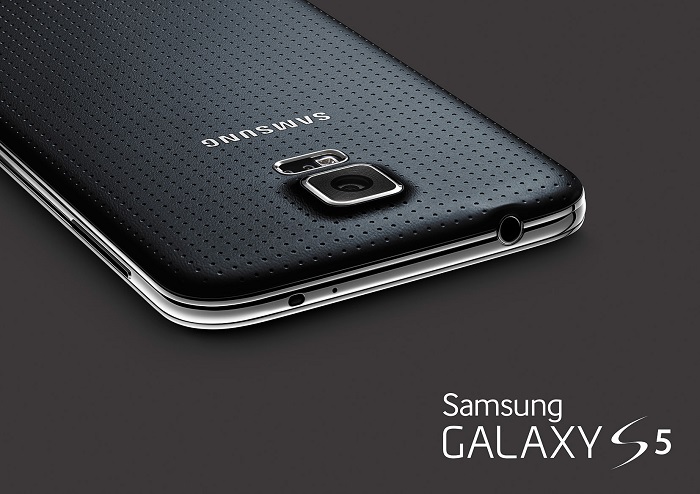 Recently, Samsung Tomorrow posted a specification comparison of the Galaxy S5 with earlier versions of the flagship, and leaked another interesting information, that is, the handset will also launch with an octa-core Exynos processor clocked at 2.1GHz. Samsung did something similar with the Galaxy S4 last year which launched with both the Snapdragon and Exynos processor.

Samsung didn’t make it official at the press event, so we’re assuming it will see the light of the day in the coming months. Here’s the specifications sheet posted by Samsung Tomorrow on their blog, if that’s the thing you want to see. 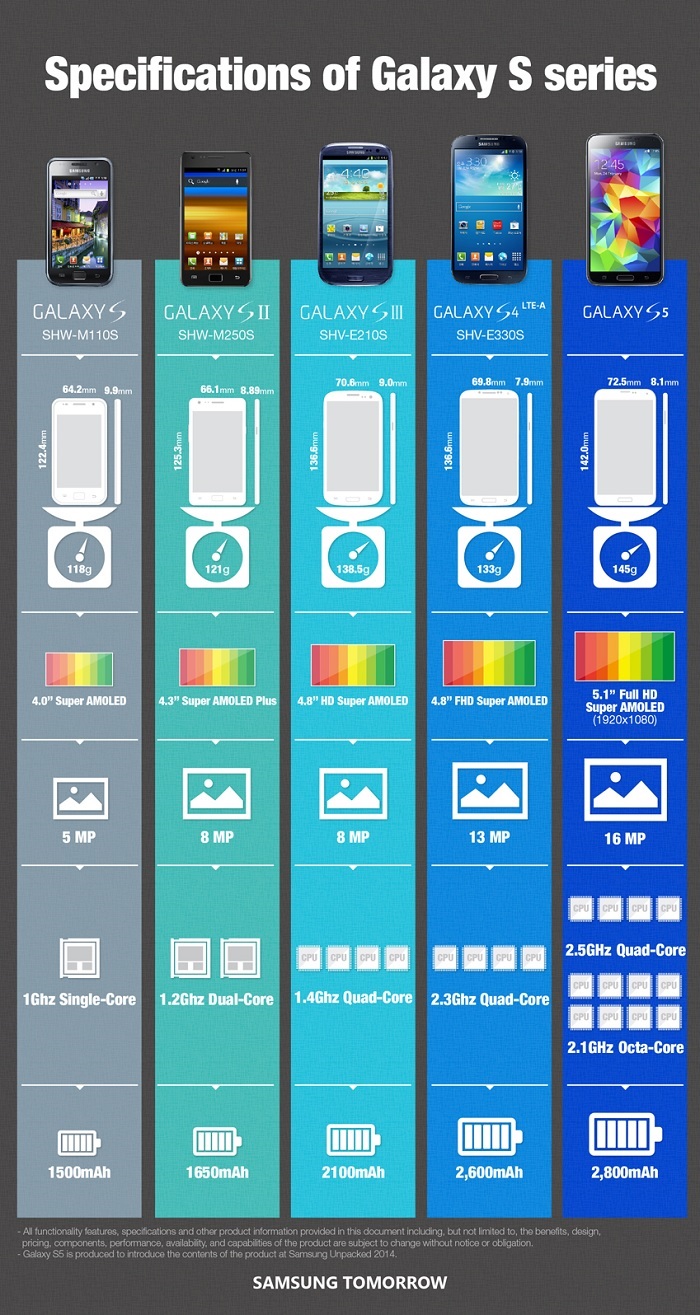 Samsung didn’t exactly mention if it will be the Exynos chip, but we’re wildly guessing it will be. Samsung has posted a teaser about their upcoming Exynos processor a few days back, and it could be the one to launch with the Galaxy S5.

Let’s hope Samsung will shed some light on this version before the MWC 2014 closes. We’ll update you if that happens.