Apple gave other OEMs something to work on with the launch of its 64-bit processor in the iPhone 5S, and many are rumored to catch on in the coming months.

We’ve heard several rumors in the past that Samsung is also working on the 64-bit Exynos processor, and it seems the processor might see the light of the day in Barcelona at the Mobile World Congress. 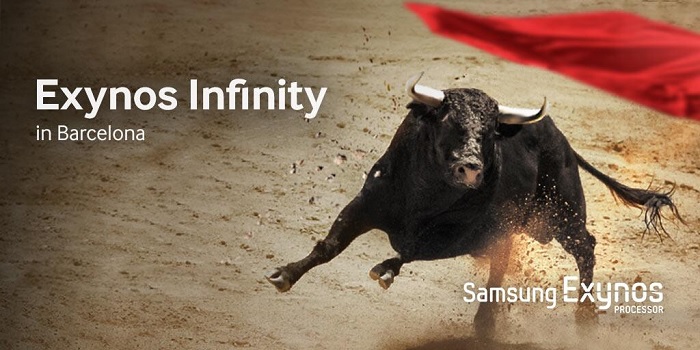 The official Samsung Exynos Twitter account tweeted an image, which suggests we might see a new chipset from the Korean OEM known as the Exynos Infinity in Barcelona. The image posted above comes with a caption that states, “Continuing our market-leading innovation and leadership, we bring you our latest innovations. Please stay tuned,”

Just as a quick reminder, Samsung Unpacked 5 event will take place on 24th  February in Barcelona where the Korean OEM is also expected to unveil a few more products, including the highly rumored Samsung Galaxy S5 as well as the upgraded Galaxy Gear smartwatch.

The 64-bit processor could debut with the Samsung Galaxy S5, but nothing is official at this point. Mark your calendars and we’ll bring you all the latest updates from the show floor.