Samsung is holding a press event in London on the 20th of June and they posted a photo for the event which is teasing two new devices, a Samsung Galaxy device and a Samsung ATIV device. 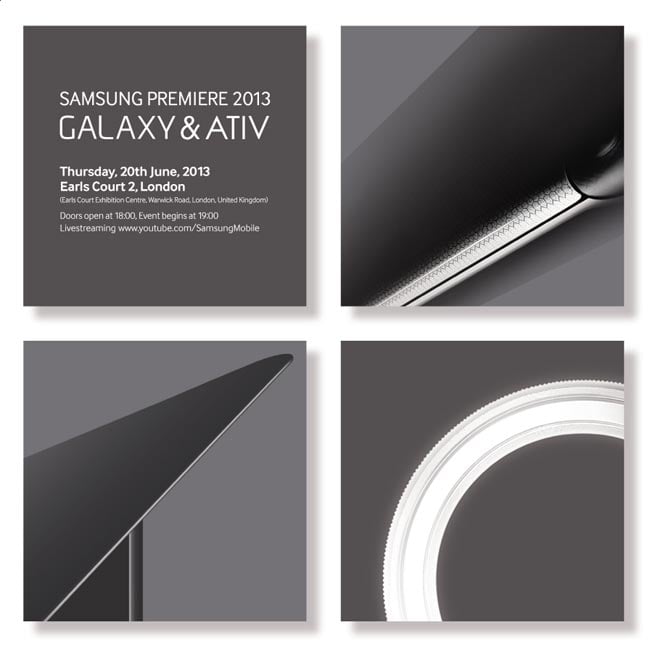 Samsung also teased another device, which will be under Samsung’s ATIV brand, so we can expect a Windows 8 tablet as well at the event, as soon as we get more details on what Samsung will announce we will let you guys know.