Now it would appear that some photos have been leaked which were taken on the camera on the Samsung Galaxy S4 Zoom, the following photo was posted to Google+ by Shahriar Hossain, who apparently works for Samsung in Bangladesh. 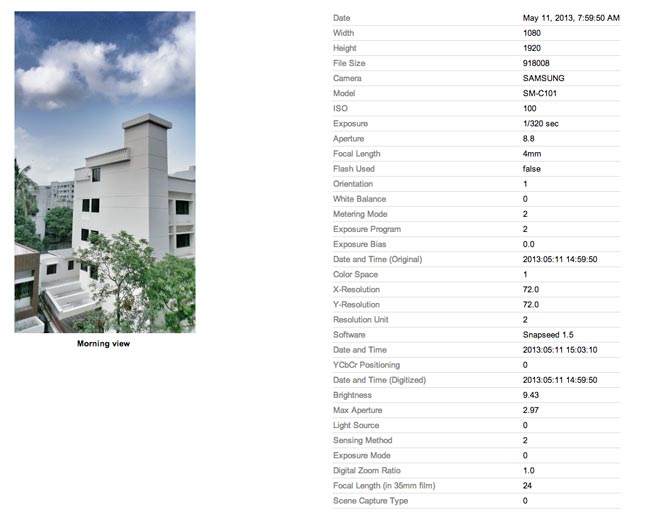 Other rumored specifications on the Samsung Galaxy S4 zoom include GB of storage, plus a microSD card slot that can take up to 64GB of storage, plus 802.11 a/b/g/n WiFi, Bluetooth 4.0 LE, A-GPS and the handset is rumored to come with Android Jelly Bean, possibly Android 4.3.

As yet we do not have any information on when Samsung intends to launch the Samsung Galaxy S4 Zoom, as soon as we get more details on when the device will be available we will let you guys know.