Samsung has announced that it introducing a new accessory for its Samsung Galaxy S4 smartphone, the Samsung TecTile 2, which is a programmable NFC tag that replaces the original TecTile that will not work with the S4. 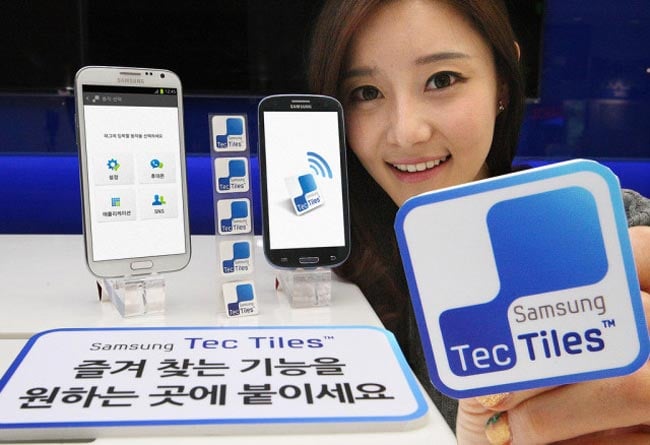 “Samsung is introducing TecTile 2, an update to the original TecTile NFC programmable tags, which will be available in the coming weeks. TecTile 2 will use the current NFC technology on the market, allowing Samsung customers to further incorporate NFC into their daily lives and to use with the latest Samsung Mobile products and services, including the Galaxy S 4. As industry standards continue to evolve, Samsung remains committed to meeting those standards and adapting its technologies if necessary. Samsung customers can also fully utilize TecTiles 2 with existing Samsung Mobile NFC-enabled Android smartphones currently in market.”

According to the guys over at AnandTech, the new TechTiles 2 are simply branded TechTiles, and they are already on the market, so you may want to check which version you have and whether they will work with the S4.