We had previously thought that the Samsung Galaxy S4 active would have the same hardware as the Galaxy S4, although now it would appear that the device will have different specifications. 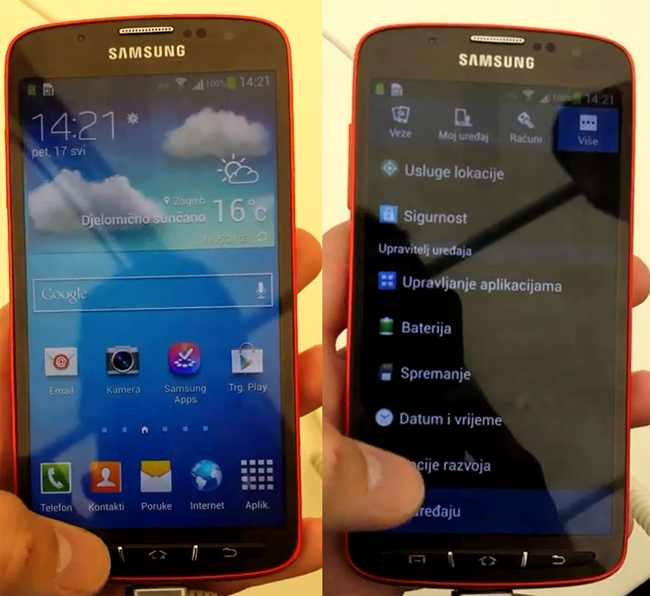 According to the guys over at Mobile Tech Review, the Samsung Galaxy S4 will feature a dual core Qualcomm Snapdragon S4 plus processor and an 8 megapixel camera on the back, the rest of the specifications are apparently the same as the original S4.

The Samsung Galaxy S4 Active will feature a 5 inch Full HD display with a resolution of 1920 x 1080 pixels, the device will also come with Android 4.2.2 Jelly Bean, as soon as we get more details on the device we will let you guys know.