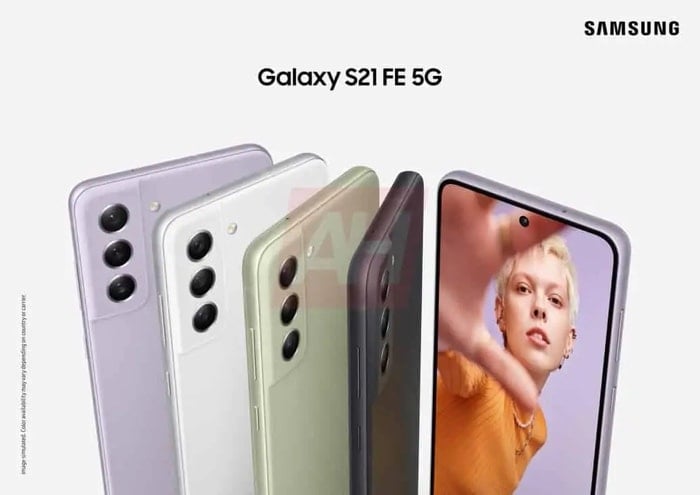 We recently heard that the new Samsung Galaxy S21 FE smartphone had appeared at the FCC and now we have some more details on the device.

According to Android Headlines the handset will launch in a total of four different colors, White, Gray, Light Green and Violet. The picture above shows the four colors for the new S21 FE device.

We previously heard that the handset could come with a 6.4 inch display which will have a Full HD+ resolution of 2400 x 1080 pixels and a 120Hz refresh rate.

The device will feature either a Snapdragon 888 processor or a Samsung Exynos processor and it will come with 8GB of RAM and 128GB of storage.

The handset was expected to launch some time in August although there are rumors that it may have been delayed until later in the year due to global chip shortages. The last thing we heard was that the handset will be launching some time in October.