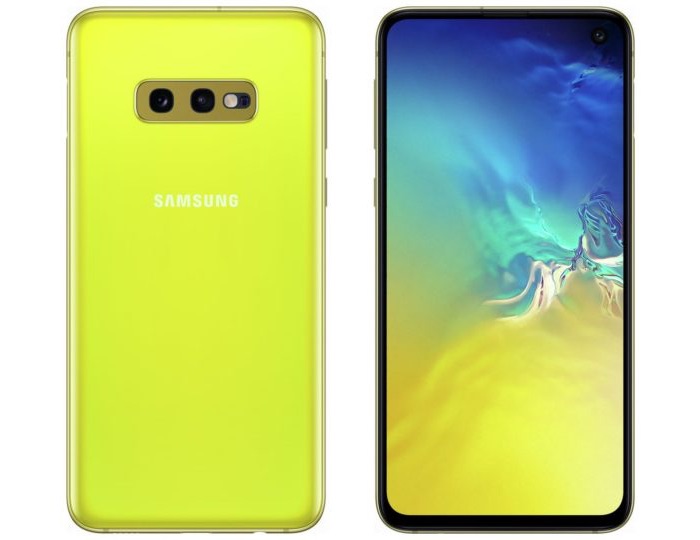 The Samsung Galaxy S10e will be Samsung’s entry level version of their new flagship, the handset will be made official at Samsung’s press event in San Francisco tomorrow.

Now what appears to be a press poster for the handset has been leaked and it shows the yellow version of the handset we heard about previously. 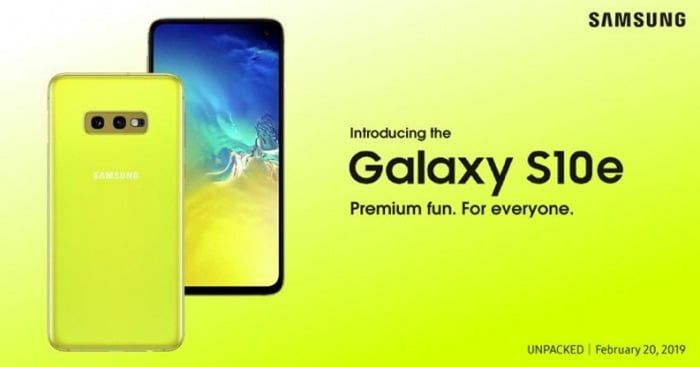 The new Galaxy S10e will come with a 5.8 inch Infinity O display and the handset will be powered by either the Qualcomm Snapdragon 855 or the Samsung Exynos 9820 depending on the region.

Other rumored specifications on the handset will include 6GB of RAM and 128GB of built in storage, the device will also come with dual rear cameras and Android Pie.

We will have more information about all of the new Samsung flagships when they are made official at Samsung’s event tomorrow.