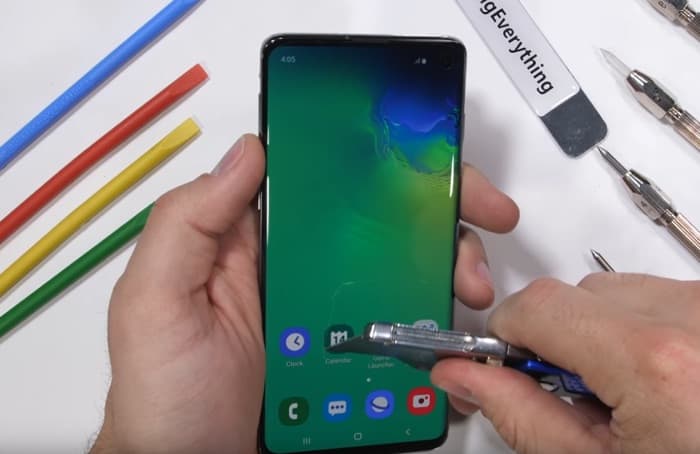 Now we have our first torture test video of the new Galaxy S10, this one was created by JerryRigEverything and the handset is put through a number of different tests. These include a scratch test, bend test and a burn test.

As we can see from the video the new Samsung Galaxy S10 did well in the scratch test, the handset started to show scratches at levels 6 and 7.

The Galaxy S10 also did fine in the burn test with no permanent damage, the fingerprint scanner also continued to work after the display was scratched, it do not work when there were cracks in the glass. As we can see from the video the new Galaxy S10 passed the bend test.