The guys over at Android Community have managed to get their hands on a picture of the new Samsung Galaxy S Pro, and as you can see from the photo it looks similar to the Galaxy S, although it features a slide out QWERTY keyboard.

Other specifications include a front facing camera, and a few other surprises, including a 4 row keyboard and also a soft key that isn’t found on the Galaxy S. 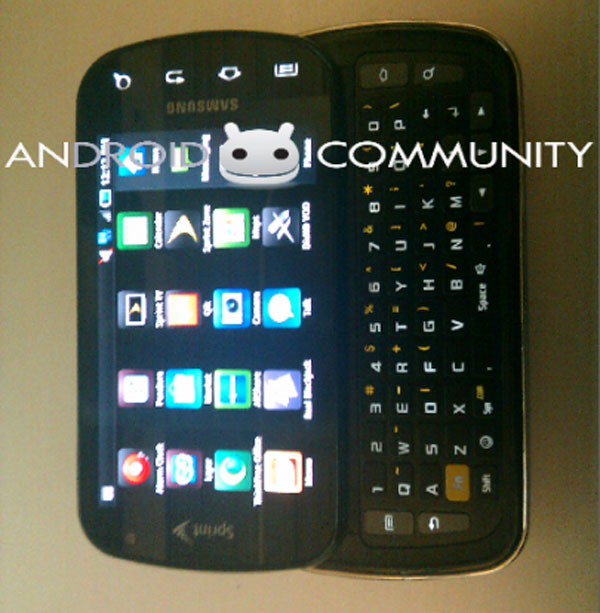 It looks like the Samsung Galaxy S Pro will be the second 4G smartphone to be offered by Sprint. There are no details on pricing or availability as yet, as soon as we get some more information we will let you guys know. Have a look and our article on Android vs iPhone to see which smartphone and mobile platform is best for you.