Samsung launched their Galaxy S III mini a while back, and now the company has announced that they will be making the device available in a range of four new colors, the handset is available in white and blue at the moment.

The four new colors for the Samsung Galaxy S III mini include, Onyx Black, Garnet Red, Titan Gray and Amber brown, you can see the new color range below. 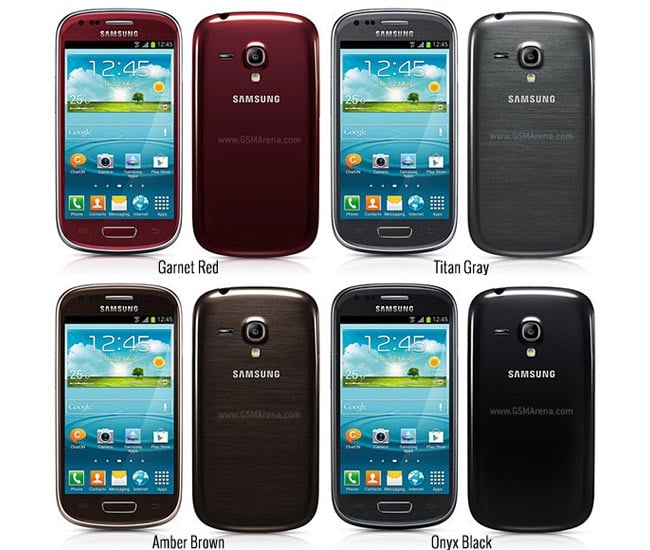