Earlier today we told you that Samsung had said they were uncertain whether the Samsung Galaxy S would get updated to the latest version of Google’s mobile OS, Android 2.3.

Good news for Samsung Galaxy S owners as the Samsung India division of Samsung has confirmed that the Galaxy S will indeed get getting Android 2.3 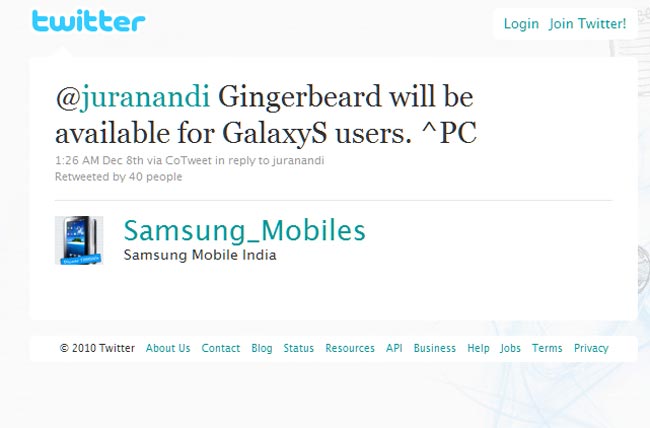 There are still no details on when Samsung will roll out the Android 2.3 Gingerbread update to Galaxy S smartphones, although it shouldn’t really take them too long as the Google Nexus S, is actually based on the same hardware as the Samsung Galaxy S.