The Samsung Galaxy NX is the world’s first camera system that is equipped with 3G/4G LTE and Wi-Fi support, together with interchangeable lenses. Watch the video after the jump to learn more about the Samsung Galaxy NX features and see it in action. 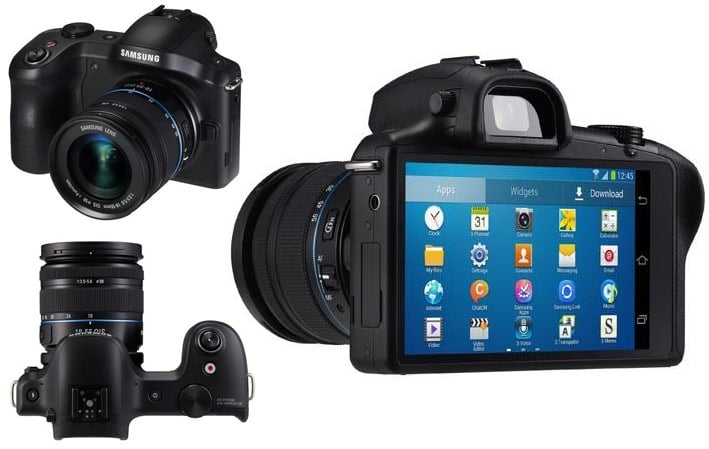 The Samsung Galaxy NX is supplied running Android 4.2 Jelly Bean operating system, and has been design to provide an easy way to share professional quality images anywhere at any time.

Other features of the Samsung Galaxy NX camera include a 20.3 Effective Megapixel APS-C CMOS sensor and Samsung’s DRIMe IV Image Signal Processor and is tailored for low light photography thanks to the large APS-C sized CMOS image chip. Samsung explains a little more about its features:

“The Samsung Galaxy NX has Advanced Hybrid Auto Focus –which uses both phase and contrast detection methods. Phase Detection for fast initial focus and Contrast AF for fine tuning the detail. The result is reliable focus accuracy and super-short lag times. For sports and action fans there is a maximum shutter speed of 1/6000 sec and a maximum frame rate of 8.6 frames per second.”

The Samsung Galaxy NX is now available to purchase from UK retailers such as Jessops and Wex Photography for £1,299.