The Samsung Galaxy note features a 5.3 inch Super AMOLED display with a resolution of 1280 x 800 pixels, and it comes with runs Android 2.3 Gingerbread. 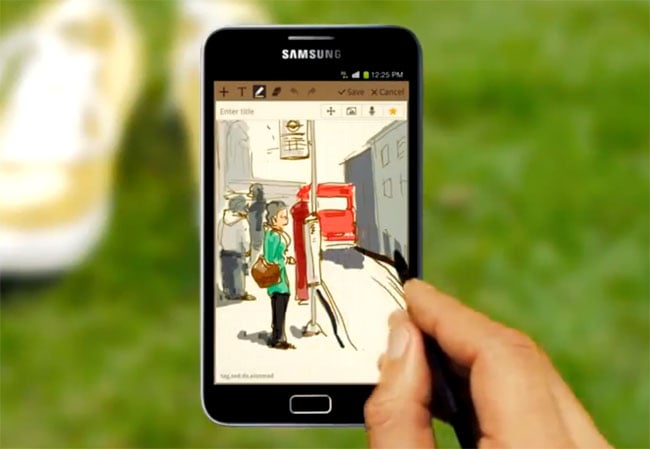 Other specifications on the Samsung Galaxy Note include two cameras, up front there is an 2 megapixel camera for video chat, on the back there is an 8 megapixel camera with an LED flash, processing is provided by a 1.4GHz dual core processor and it also comes with 1GB of RAM.

We still don’t have any official pricing for the Samsung Galaxy note here in the UK, as soon as we get some more information we will let you guys know.
Source Euro Droid