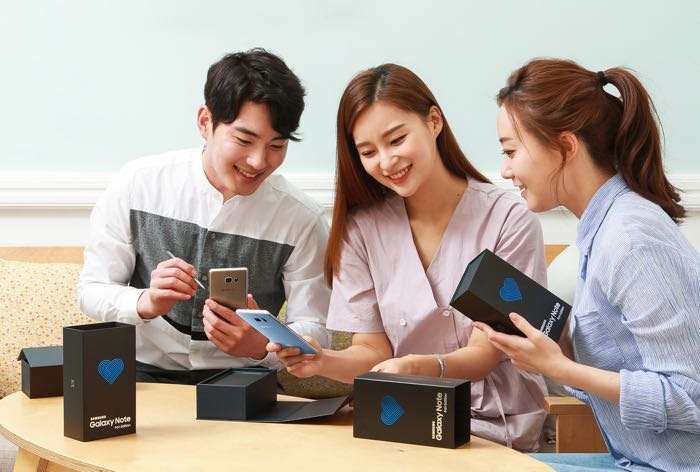 The Samsung Galaxy Note Fan Edition launched in Korea recently and now it looks like Samsung could also launch a global version of the handset.

According to a recent report by The Investor, Samsung is considering launching the Samsung Galaxy Note Fan Edition in more countries and this could happen this month.

Samsung is limiting the number of handsets that people can but in South Korea as the company is only releasing 400,000 units of the handset in the country.

Samsung recently confirmed that they do not intend to sell more than 400,000 units of the Samsung Galaxy Note Fan Edition in South Korea.

The Samsung Galaxy Note Fan Edition is a refurbished version of the Galaxy Note 7, the handset comes with a 3200 mAh battery and also comes with a Bixby button for Samsung’s voice activated assistant.

Samsung are not expected to make the handset available in the US and Europe, as soon as we get some more details on what other countries it will launch in, we will let you guys know.