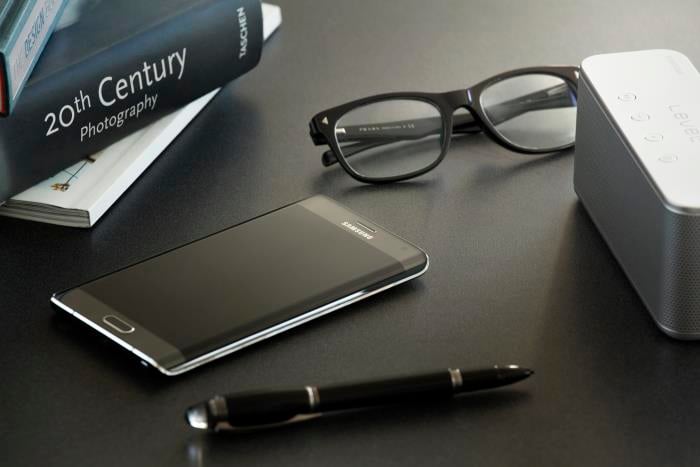 Back at IFA 2014 in Berlin, Samsung announced the Galaxy Note Edge which comes with a curved display on the side, and provides access to shortcuts.

Samsung announced the handset will have limited availability, but if you’re based in the US, you’ll be able to grab the Samsung Galaxy Note Edge from all major US carriers — AT&T, T-Mobile, Sprint, Verizon and US Cellular — beginning November 14th.

The smartphone will be available on contract as well as SIM-free. Customers can also purchase the handset from Samsung Experience Shops in Best Buy from November 14th. As far as the carrier pricing is concerned, most of the carriers haven’t announced anything about the plans they are going to offer except AT&T.

AT&T announced the Samsung Galaxy Note Edge will be available from the carrier for $399.99 tied to a two-year agreement, or a whopping $945.99 if they decide to go off-contract. The handset will also go on sale on the carrier’s Next installment plan at $39.42 per month for 24 months with AT&T Next 18 or $47.30 per month for 20 months with AT&T Next 12. There’s no word about the pricing from other carriers, but it’s likely they will offer a similar pricing plans for the Galaxy Note Edge.

The smartphone features a 5.6-inch Super AMOLED display sporting a resolution of 2560 by 1440 + 160 pixels, and a 2.7GHz quad-core Snapdragon 805 SoC with Adreno 420 GPU. Samsung Galaxy Note Edge also comes with 3GB of RAM, 32GB of internal storage, microSD card support of up to 128GB, and runs Android 4.4.4 KitKat as its operating system.

The device also comes with a 16MP camera with optical image stabilization, as well as a 3.7MP front-facing camera, a 3,220 mAh battery, heart rate scanner, and a fingerprint sensor as well.

Anyone planning to pick up a Samsung Galaxy Note Edge when it launches in the coming days?