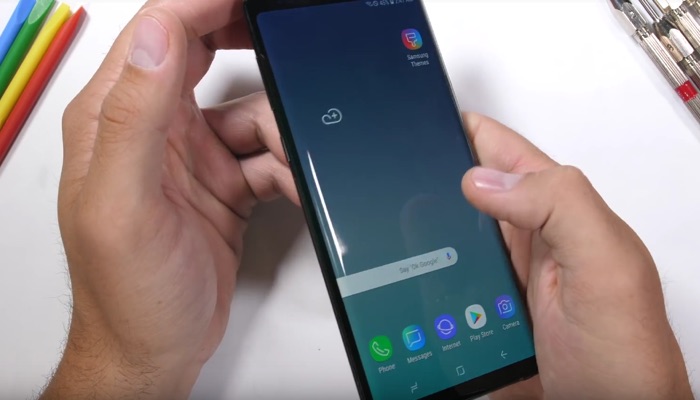 The Samsung Galaxy Note 8 goes on sale this Friday the 24th of August and now we have a torture test video of the handset.

The video below from JerryRigEverything, the device is put through a range of tests including a scratch test, bend test and more.

As we can see from the video the display on the device scratched at levels 6 and 7, this is in line with the majority of the flagships on the market today.

The handset also performed well on the burn test and also in the bend test, the device has done well in the tests overall. As we have seen from the video the buttons can easily be removed from the device, this it not really a major issue with the handset.

The Note 9 is expected to be one of Samsung’s most popular devices to date, the device goes on sale later this week.