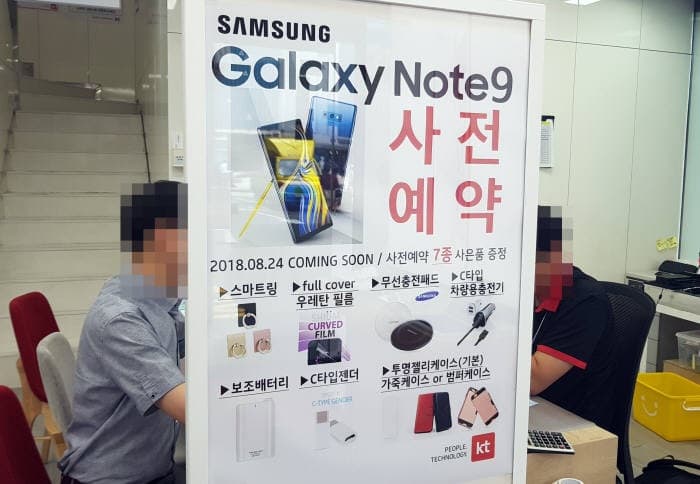 We have been hearing rumors that the release date of the new Samsung Galaxy Note 9 would be the 24th of August. Now it would appear that this has been confirmed by A mobile retailer in South Korea.

An official distributor of KT in South Korea has started taking reservations for the handset and has listed the launch date for the device on the 24th of August.

As a reminder the new Galaxy Note 9 will come with a 6.3 inch OLED display and that will have a QHD+ resolution of 2960 x 1440 pixels. The handset will feature either a Samsung Exynos 9810 or a Qualcomm Snapdragon 845 processor depending on the region.

The new Note 9 will come with either 6GB or 8GB of RAM and a choice of 128GB, 256GB and 512GB of included storage. The handset will also feature a massive 4,000 mAh battery and will come with high end cameras on the front and back.

Samsung will make their new Galaxy Note 9 smartphone official at a press event in New York which will take place on the 9th of August and pre-orders of the handset will either start that day or the following week.