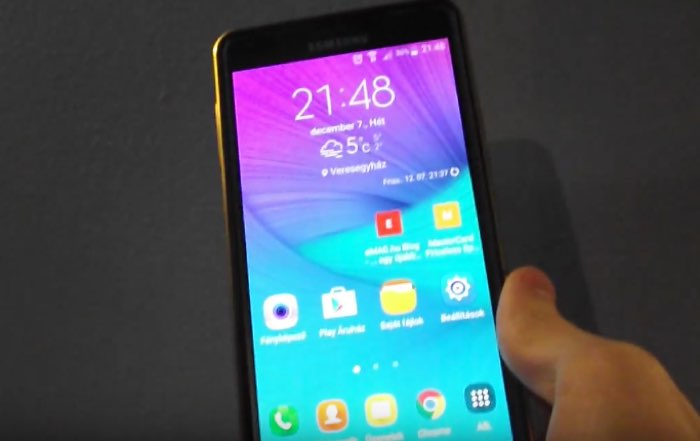 Yesterday we heard that the Samsung Galaxy Note 4 had received the Android Marshmallow update in Hungary, Samsung is yet to release the update for the later Galaxy Note 5.

The Android Marshmallow update was received on the Galaxy Note 4 by one of the editors of Napidroid and they have now released a video of Android 6.0 running on the Note 4, which you can see below.

The update brings a number of improvements to the Galaxy Note 4, this include a faster an smother interface with improved animations. There are also new icons and a new Air Command menu and a new quick note taking feature.

According to NapiDroid this is probably an early build of Android Marshmallow for the Note 4 and it could have been pushed to the handset in error.

As soon as we get some more details on when Samsung will release Android 6.0 for the Note 4 and also the Galaxy Note 5 and other devices, we will let you guys know.