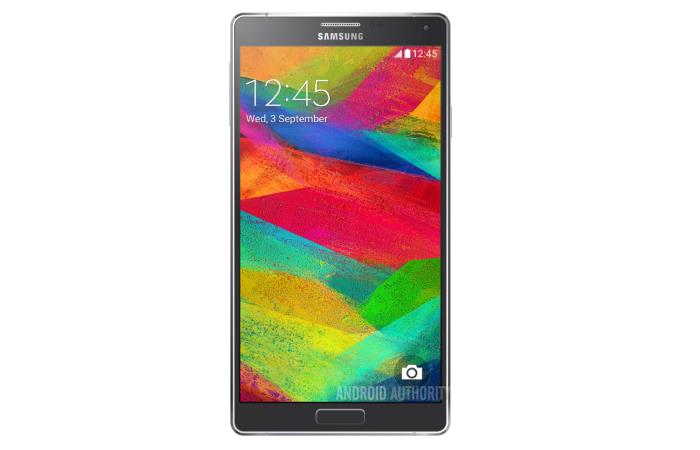 Samsung Galaxy Note 4 is one of the most eagerly awaited device of the year. Samsung has teased the device on a number of occasions in the past.

The press render carries the same wallpaper which was leaked before. The render popped up on Android Authority’s inbox from an anonymous source. It could be fake, but it looks quite similar to the images we’ve seen in the past. Even if it’s fake, it do give us a good picture of how the upcoming device may look like.

The alleged Samsung Galaxy Note 4 is said to come with a 5.7-inch display sporting a resolution of 2560 x 1440 pixels. As always, the handset is expected to come in two versions: one powered by a Snapdragon 805, while the second one will feature Samsung’s Exynos 5 process (Exynos 5433).

Other rumored features include 3GB of RAM, 32GB storage with a microSD card slot, fingerprint sensor, 16MP camera for photos and videos, and should run Android 4.4 KitKat as its operating system.

Samsung has scheduled an event on September 3rd where the company is expected to announce the Galaxy Note 4. Stay tuned, we’ll update you as soon as that happens.