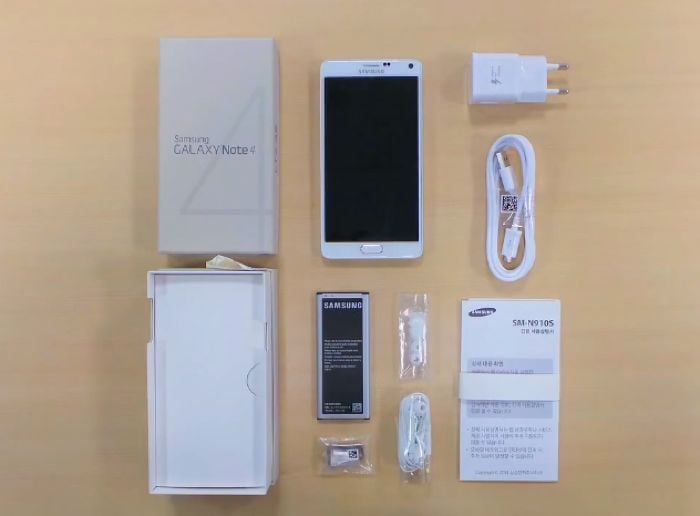 The Samsung Galaxy Note 4 has launched in South Korea today, and now Samsung has released an unboxing video, showing off their new Galaxy Note 4 smartphone.

The device comes with some impressive specifications, which include a 5.7 inch Quad HD display with a resolution of 2560 x 1440 pixels.

The handset is powered by different processors depending on the region, some version of the device will come with a quad core Qualcomm Snapdragon 805 processor, and other versions will come with an eight core Samsung Exynos 5433 processor.

Other specifications on the new Samsung Galaxy Note 4 include 3GB of RAM and a choice of either 32GB or 64GB of built in storage, the device also comes with Samsung’s S Pen Stylus.

The handset comes with Android 4.4 KitKat and it features Cat 4 4G LTE, WiFi and Bluetooth, the device will launch in the U.S. and Europe early next month.