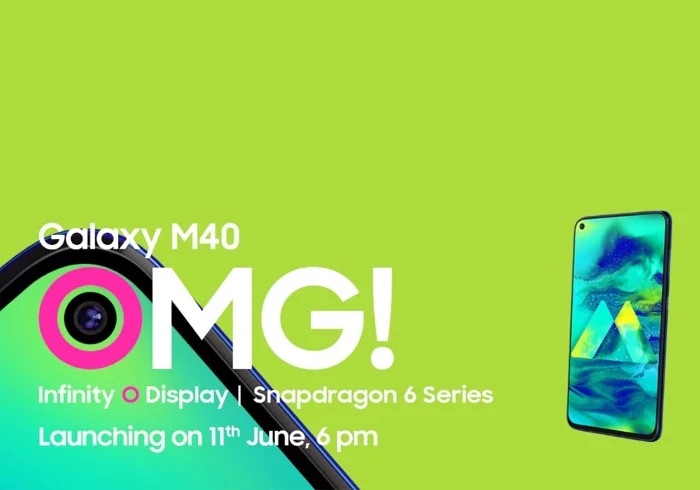 Last week we heard that the new Samsung Galaxy M40 would be launching on the 11th of June and now we have some more details on the handset.

Some of the specifications on the Galaxy M40 have bee revealed, the handset will come with a 6.3 inch display that will features a FHD+ resolution of 2340 x 1080 pixels.

We previously heard that the handset would be powered by a Qualcomm Snapdragon 675 processor and it would also come with 6GB of RAM and 128GB of storage.

On the front there will be a 16 megapixel camera for video calls and Selfies, the handset will come with Android 9.0 Pie and we will have more information on it when it is made official on the 11th of June.