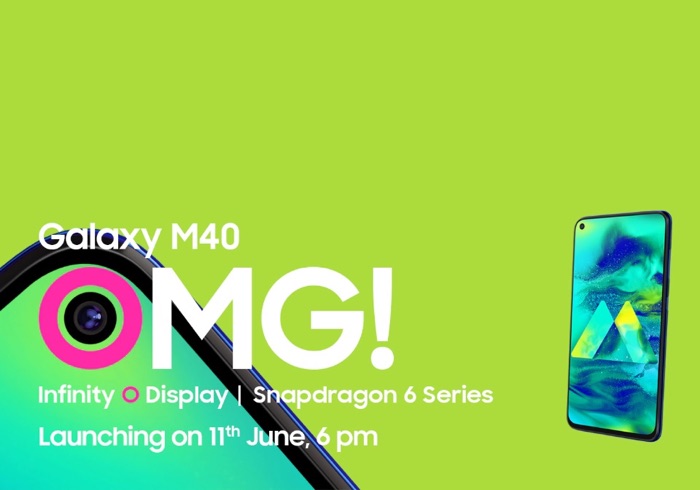 Samsung ha revealed that it will be launching a new smartphone in India on the 11th of June, the Samsung Galaxy M40.

The company also revealed some more information about the handset, the device will be powered by a Qualcomm Snapdragon 675 processor.

The device will come with an Infinity O display which has an ‘O’ shape cut out for the front camera, it will also feature three rear cameras.

The device will come with 6GB of RAM and 128GB of storage, it will also come with Android Pie. Samsung will be launching the handset through their own online store and also with Amazon India on the 11th of June.