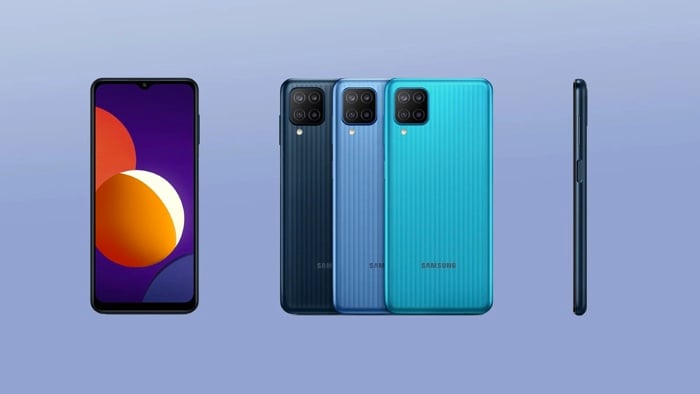 It looks like the recently announced Samsung Galaxy M12 smartphone is headed to India, the handset will launch in the country on the 11th of March.

The Galaxy M12 launched in Vietnam last month and now the device is also headed to India, it will come with a 6.5 inch LCD display with a HD+ resolution of 1600 x 720 pixels.

Other specifications on the new Samsung Galaxy M12 include an Exynos 850 processor and 4GB of RAM and 64GB of included storage.

On the front of the device there is a 8 megapixel front camera for Selfies, on the rear there is a quad camera setup which includes as a 48 megapixel main camera, 5 megapixel ultrawide camera and dual 2 megapixel cameras.