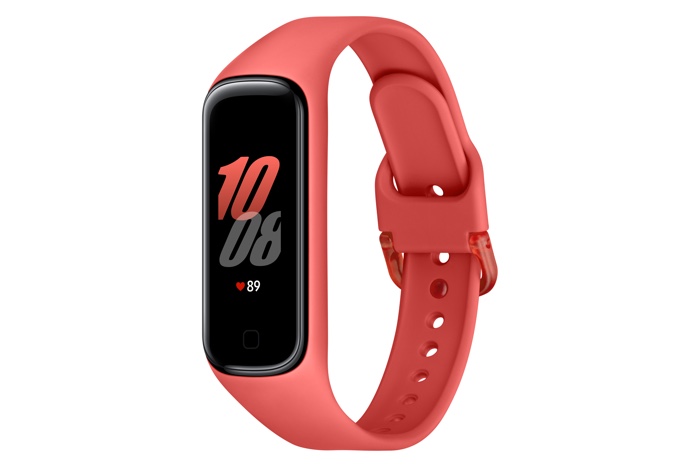 According to the press release the new Galaxy Fit 2 will last for up to 21 days on a single charge or up to 14 days with continuous heart rate measurement.

The slim, 24-gram fitness tracker Galaxy Fit2 was developed for active users who want to record their sporting activities. As a real endurance athlete, the Galaxy Fit2 can last up to 21 days 1 or up to 14 days with continuous heart rate measurement without intermittent battery charging. The 1.1-inch AMOLED color display shows performance values ​​such as training time, calories, pulse or distance covered and is easy to read even in sunshine. The integrated touch button in the display makes operation intuitive and also allows you to quickly answer messages, SMS and e-mails that arrive via the smartphone connected via Bluetooth.

The Galaxy Fit2 is automatically activated if the user is active for more than ten minutes and recognizes six typical activities such as cycling or running on its own. In addition, more than 90 other activities can be selected in the Samsung Health app on the compatible smartphone 2 . Since the Galaxy Fit2 is waterproof up to 5 ATM 3 , it can also record swimming in water. In addition, the automatic sleep recording enables you to recognize and adjust your sleep habits so that you can start the day well rested.

Samsung has said that their new Galaxy Fit 2 will go on sale in Germany on the 2nd of October and it will retail for €46.76.