The Samsung Galaxy Core Advance was announced back in December, and now Samsung has announced that the device will go on sale in South Korea this week.

The Galaxy Core Advance will be available in South Korea from tomorrow, the 18th of February, and Samsung have said that the device is also headed to Europe and the US in the ‘coming months’. 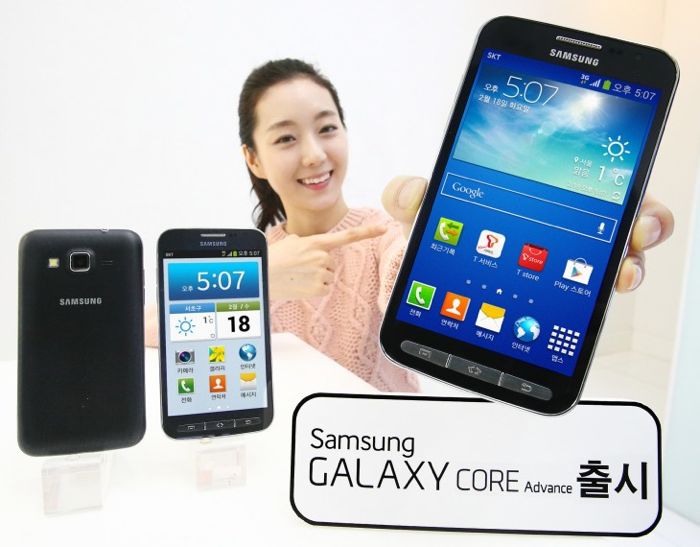 The handset features a 4.7 inch WVGA display with a resolution of 800 x 480 pixels, the device is powered by a dual core 1.2GHz processor, it comes with 1GB of RAM.

Other specifications on the Samsung Galaxy Core Advance include 8GB of included storage, plus a microSD card slot that supports 32GB cards.

The Galaxy Core Advance is equipped with front and rear facing cameras, on the front we have a VGA camera for video chat, on the back there is a 5 megapixel camera.

The Samsung Galaxy Core Advance will retail for 410,300 won, which is around $390 when it launches in South Korea tomorrow, it comes with Android 4.2 Jelly Bean.