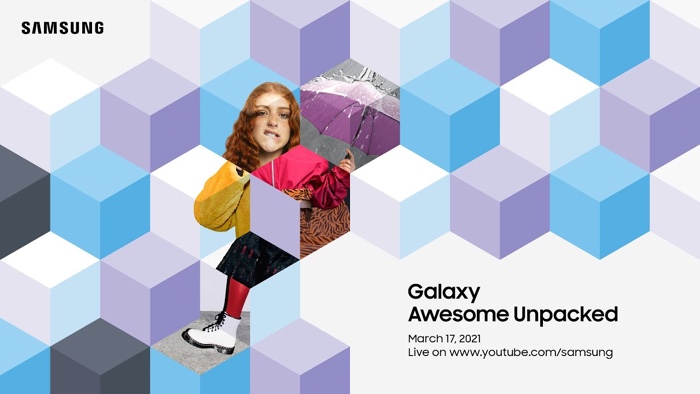 Samsung has announced that it will be holding a press event on the 17th of March, the event is called Samsung Galaxy Awesome Unpacked.

We are expecting Samsung to announce a number of new devices at this event, this will include the Galaxy A52 and Galaxy A72 smartphones.

The event will be live streamed on Samsung’s website and also on their YouTube channe, on the 17th of March at 10 AM ET.

Join us on March 17 for the Galaxy Awesome Unpacked to hear how Samsung Electronics is bringing Awesome to everyone.

The event will be available at Samsung Newsroom, Samsung Youtube at 10 a.m. ET.

We will have full details about the new Samsung Galaxy A52 and Galaxy A72 smartphones on the 17th of March, it is possible that we may also see some other devices at the event.