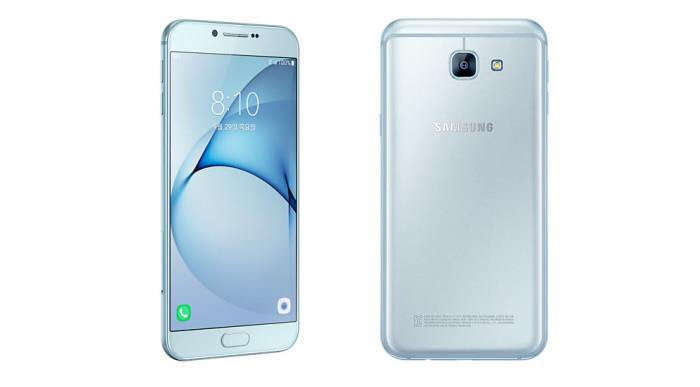 Not too long ago, Samsung introduced the Galaxy A8 (2016) in its home country South Korea. Now it seems the company may be getting ready to introduce the handset in other global markets as well.

Recently, the Samsung Galaxy A8 (2016) was spotted on India’s imports tracking website Zauba, which hints at the launch of the handset in the country.

The handset was being imported for testing purposes, which is usually done when the company plans to launch the handset in the market.

Samsung Galaxy A8 (2016) comes with  a 5.7-inch display sporting a resolution of 1920 by 1080 pixels resolution, a Exynos 7420 processor paired with 3GB of RAM and 32GB of internal storage. Other features includes a 16MP rear camera for photos and videos, an 8MP front-facing camera, a 3,500 mAh battery, fingerprint sensor and ships with Android 6.0.1 Marshmallow.

We’ll update you if we get any information about the launch of the handset in other global markets.