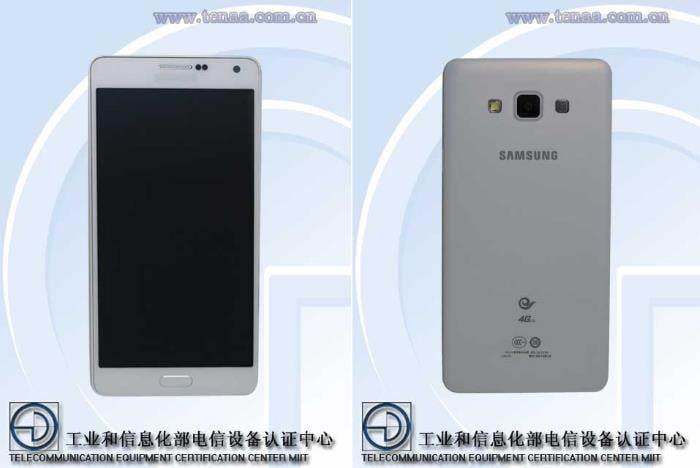 Samsung is yet to launch the Galaxy A7, but the handset was spotted at the FCC a few days back, hinting at the imminent launch of the handset.

Recently, the alleged Samsung Galaxy A7 was also approved by China’s certification body TENAA, which is similar to FCC in the US. The listing also reveals some of the specifications the handset is expected to bring at the table.

While many of us were of the view that it will come with a 5.2-inch display but it seems that’s not the case, the listing reveals it rocks a 5.5-inch display sporting a resolution of 1920 by 1080 pixels. The handset also features LTE connectivity, and measures 150.9 × 75.9 × 6.3 mm, making it slightly thinner than the Samsung Galaxy A5 and Galaxy Alpha.

Furthermore, it also confirms the handset will feature an octa-core Snapdragon 615 processor clocked at 1.5GHz, 2GB of RAM, 13MP rear camera for photos and videos, 5MP front-facing camera, 16GB of storage and runs Android 4.4.4 Kitkat as its operating system.

There’s no word from Samsung about the launch of the handset, but it shouldn’t take long now, the handset is approved by the FCC and TENAA. We’ll update you as soon as it gets official.