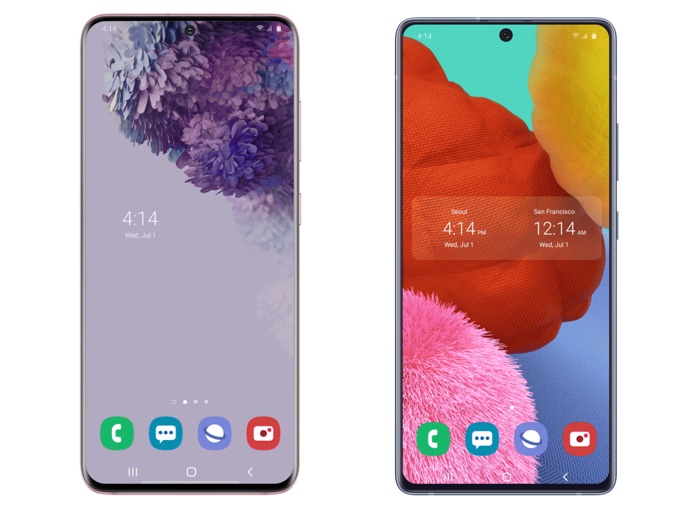 Samsung has released a software update for its Galaxy A51 and Galaxy A71 smartphones and the update brings a number of features from the Galaxy S20.

This includes some changes to the camera with some Pro Mode features from the Galaxy S20 including Manual focus and more.

The Galaxy S20 has a camera packed with innovative features for a more professional shooting experience. Galaxy A51 and A71 users can now capture their memories exactly as they happen with such leading S20 features as Single Take.

Single Take takes the burden of choosing a camera mode out of your hands by recording with several camera modes simultaneously. Just by tapping record with the Single Take feature, users can capture up to ten seconds of footage with a wide range of capture modes, including Live Focus, Smart Crop, video and AI filter. Users can then revisit the clips in the Gallery app and choose which capture style they like the best.

The new software update for the Galaxy A51 and Galaxy A71 is being released as an over the air update, and you can find out more details at the link below.