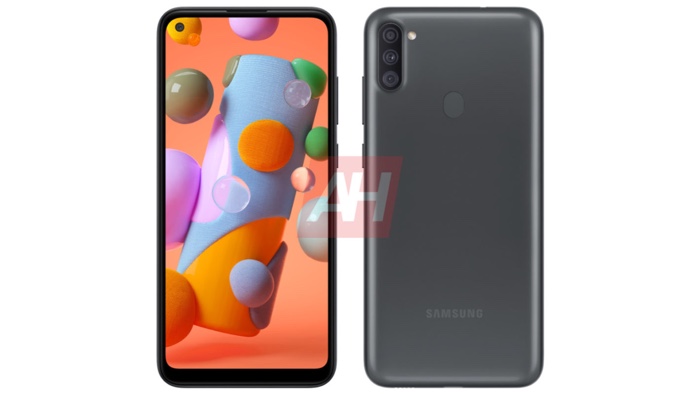 A press render of the new Samsung Galaxy A11 smartphone has been leaked, the handset can be seen in the photo above.

The handset is rumored to come with a 6.2 inch display with a HD+ resolution and it will be powered by a Samsung Exynos processor.

The handset will apparently comes with 3GB of RAM as standard there is expected to be another model with 4GB of RAM.