Samsung has announced its latest mobile processor, the Samsung Exynos 5 Octa, which features a massive 8 processing cores, and according to Samsung it is the world’s first mobile processor to implement the ARM big.LITTLEprocessing technology based on the Cortex-A15 CPU.

The Samsung Exynos 5 Octa uses four Cortex A15 processors and four additional Cortex A7 based processors, and according to Samsung this new processor gives up to 70 percent higher efficiency than their previous quad core Exynos processor. 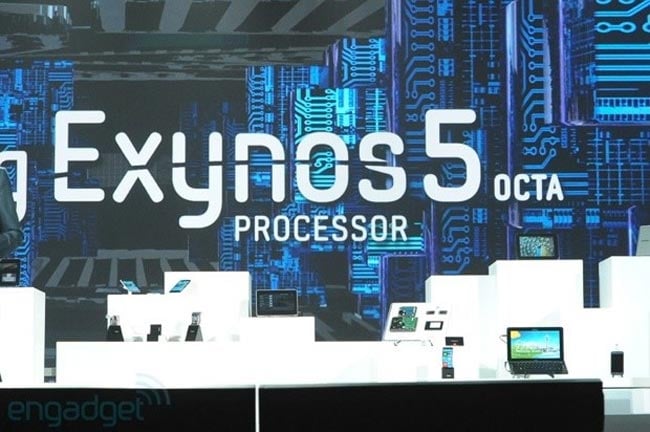 “The new Exynos 5 Octa introduces a whole new concept in processing architecture…designed for high-end smartphones and tablets,” said Woo. “When you want multiple applications to perform at their best, you want the best application processor currently available—the Exynos 5 Octa.”

There are no details as yet on when we will see this new Samsung Exynos 5 Octa processor in mobile devices, but with the new Samsung Galaxy S4 rumored to launch in May, we wonder if this will be the first handset to use this new 8 core processor.