If you are looking for something a little extra from your HDTV you might be interested in the new Samsung ES9000 which was first unveiled back in CES at the beginning of this year and sports a massive 75 inch screen.

The Samsung ES9000 Smart LED TV is powered by a 1GHz dual core processor allowing it to run multiple Smart TV applications at the same time. 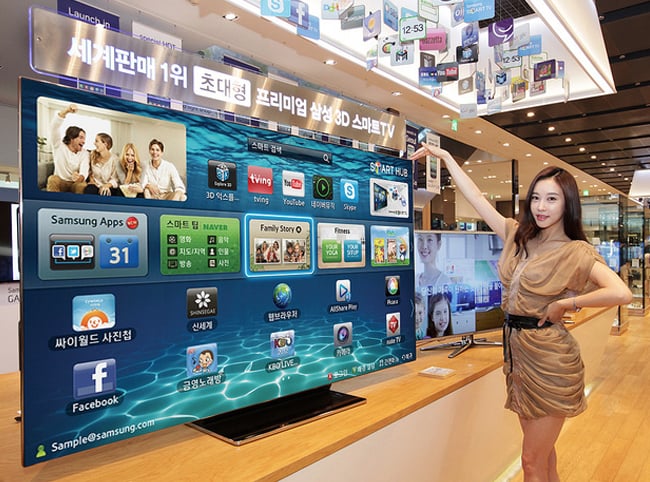 Samsung’s 75 inch ES9000 Smart TV has arrived in South Korea this week and comes with a wallet breaking $17,500 price tag. But what do you expect for a Smart HDTV with a 75 inch screen and just a 7.9mm thick bezel. Samsung explains:

“Samsung’s ES9000 also represents the culmination of Samsung’s latest design and engineering technologies, and marks a new era of minimalistic design. Because Super OLED technology features self-emitting RGB sub-pixels which do not require a backlight, the TV weighs 30 percent less than a standard LED TV, and sports a sleek design thinner than 0.3 inches—one quarter of the thickness of a conventional LED TV.”

For more information on the Samsung ES9000 Smart TV jump over to the Samsung press release from CES earlier this year.

We just got an email from Samsung to let us know that this particular Smart TV is the Samsung ES9000 which is an LED TV and not an OLED TV, it bears the exact same model number as the OLED version announced in January which is where the confusion came from.