The Samsung Epic 4G comes with a 4 inch Super AMOLED touchscreen  display, there is also 5 megapixel camera with an LED flash, and the camera is capable of recording HD video in 720p 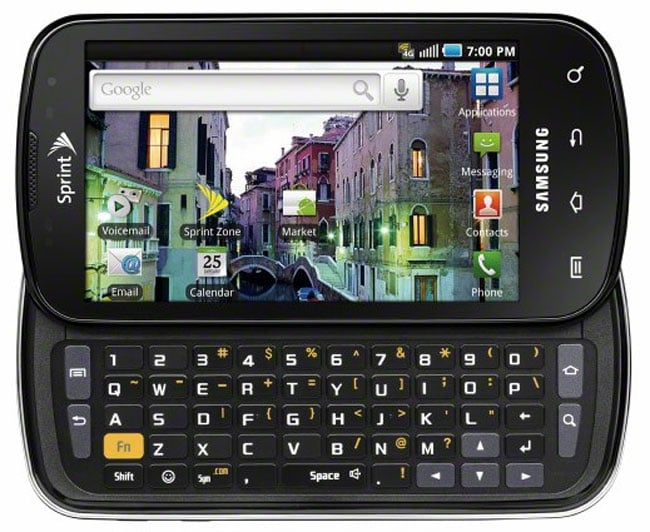 The Samsung Epic 4G also features a front facing video camera for video calls, plus integrated 802.11 b/g/n WiFi, a six axis accelerometer, and a 1GHz processor, plus EV-DO Rev and WiMax, other features include a full QWERTY keyboard, the ability to use it as a WiFi hot spot for up to five different devices.

The Samsung Epic will come with Android 2.1, and features a 1500 mAh battery. As soon as we get official confirmation from Sprint on the launch date we will let you guys know.