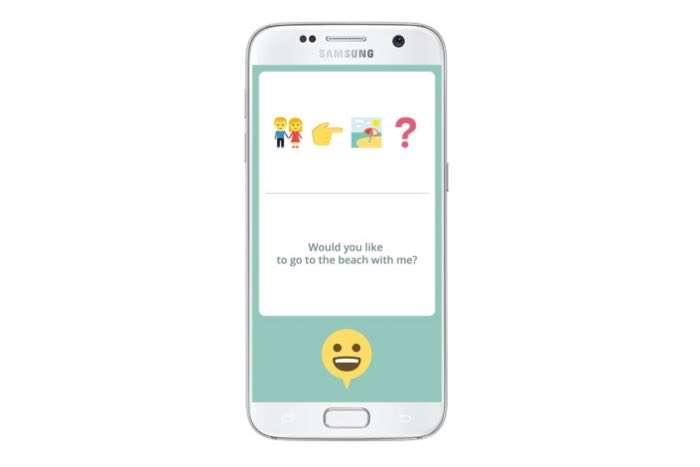 Samsung has announced the launch of a new chat app, called Wemogee, the app is designed for people with language disorders.

Samsung has noted that more than 1 million people suffer from a language disorder called Aphasia, where they have trouble understanding language, this has affected people who have suffered a brain injury.

Samsung developer their new Wemogee app in conjunction with speech therapists in an attempt to help people who are experiencing these issues out.

Given the fact that language is the most important tool to communicate, aphasia can have negative effects on one’s social relationships and often takes a toll on one’s emotions.  But recent studies show that emojis, which are predicted to become a universal visual language of the future, can help people with language disorders like aphasia better express themselves.

Developed in collaboration with a team of speech therapists, Samsung Wemogee functions as a kind of translator between text and emojis. The app includes a library of more than 140 phrases related to basic needs and emotional expressions. The predefined phrases are translated into logical sequences of emojis and are divided into six main categories including: everyday life, eating and drinking, feelings, help, recreational activities, and anniversaries and celebrations.

You can find lout more details about the new Samsung Wemogee app over at Samsung at the link below.