Samsung’s new transparent LCD displays will be available in two models, a black-and-white and a colour , will both have a contrast ratio of 500:1 with WSXGA+ (1680 x 1050) resolution. The new displays also consume 90 percent less energy compared to conventional LCD displays. 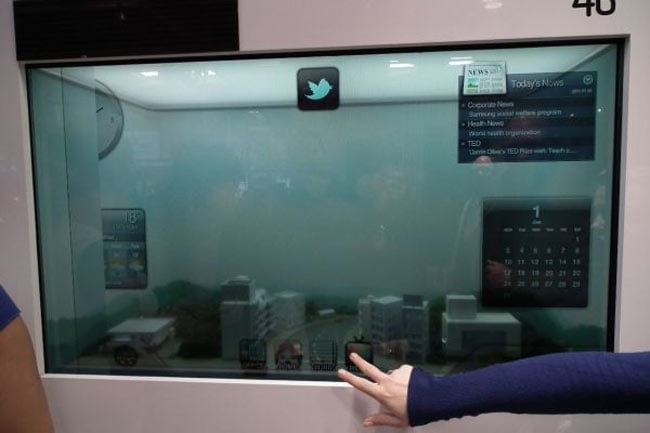