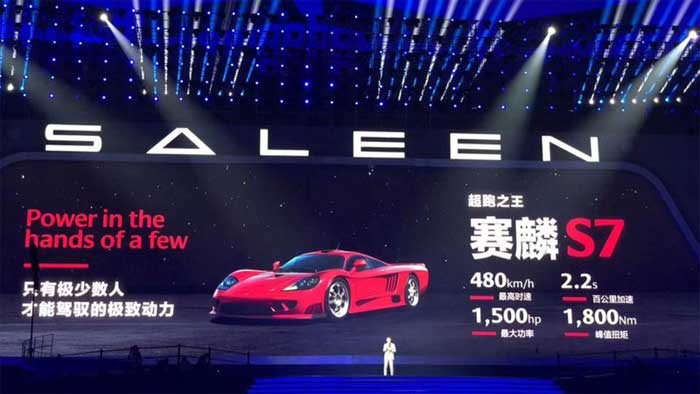 Saleen is a name that most associate with hopped-up Mustangs, but several years back the company started making its own supercar called the Saleen S7. The last version was in 2016 called the S7 LM, and it made 1,000 horsepower.

That number isn’t nearly as super as it was a few years back. Saleen recently launched in China, and the launch shows that the S7 is returning. This time out, the car will have 1,500 horsepower and 1,320 lb-ft of torque.

The car will reportedly hit 60mph in 2.2 seconds and have a 298 mph top speed. This sounds good to us, but the 298 mph top speed is hard to believe. There is no word on pricing, but Saleen says that a limited number of new S7s were built this year in California.