A prototype bike has been created in the form of the Sada which has been designed with hub less wheels allowing it to fold up to roughly the same size as an umbrella.

With the wheels having no spokes makes the bike capable of folding in a different way to that of traditionalFolding bikes as you can see in the image below. 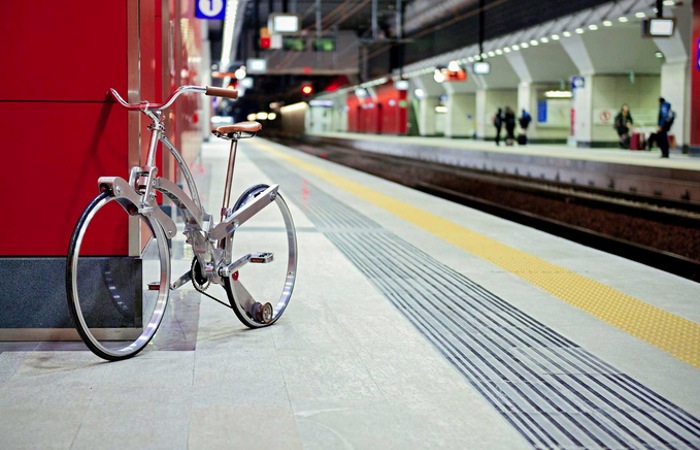 “The wheels have no spokes, the system folds with a single movement, the packaging container can also be used as a backpack… It uses a system anchoring the wheels using smaller wheels held by a small frame and a specific quick clamping device. They allow you to fold the bike quickly and easily, using its special package like a trendy backpack. 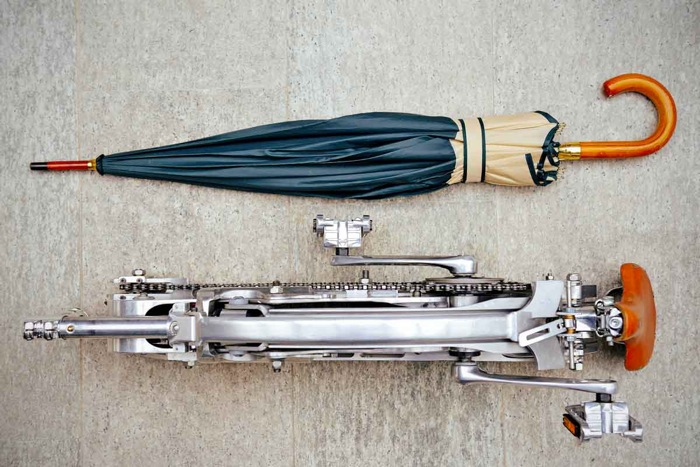 The idea of a folding bike has undertaken numerous studies that focus on reducing the weight and dimensions which have led, however, to realize too small sized bicycles. They have a small frame and wheels at the expense of stability, for the sake of compactness and portability during transport.

The minimum size of the frame, in fact, penalizes the rider position while driving and the small size of the wheels significantly are affected by variations in terrain. On the other hand, the traditional bicycles, avoid these problems, but the rigid chassis makes them inflexible during transport on public transport.” 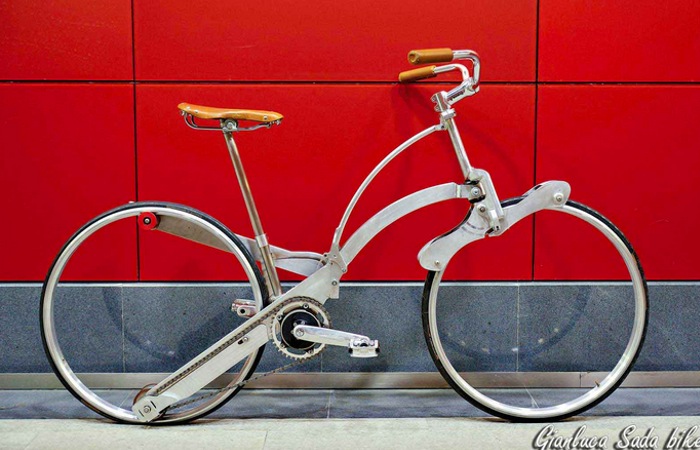 The Sada Bike is currently a working prototype, and is looking for investors for the construction and marketing of the product. For more information on the new Sada prototype folding bike jump over to the Sada website for details.