Samsung launched the miniature version of their flagship smarphone last month – Galaxy S4 Mini. The device was launched as an international device meaning that no carrier was offering the device at a subsidized rate in the US. However, it appears that the Big Red — Verizon — might offer it to it’s customers in the near future. A number of photos have leaked on the internet with the model number SCH-I435, showing the device with a Verizon logo on it. The carrier might have kept it on hold in order to wait for the launch of its Droid lineup and Moto X. 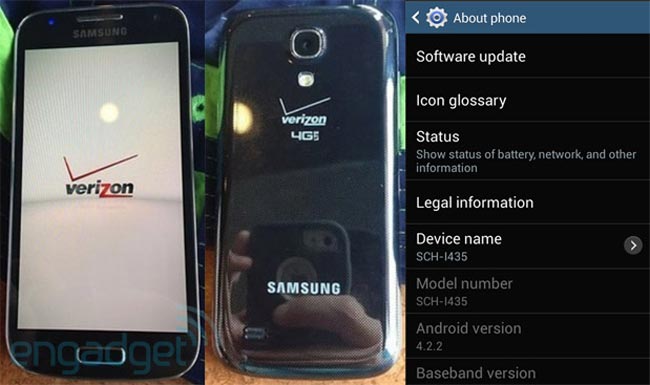 The images appeared on Engadget through an anonymous source, and there were no details about the pricing and availability of the device. However, the device has been passing through a few channels that makes the device’s launch imminent. 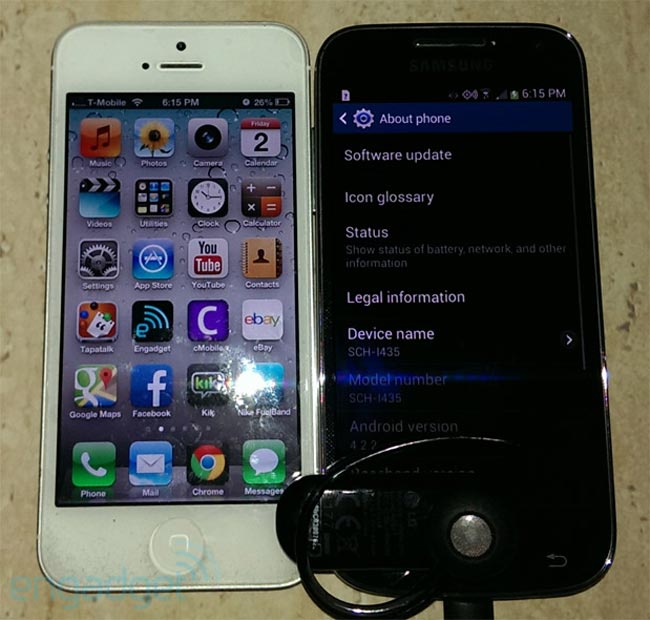 The device doesn’t bring very high end specifications at the table. It features a 4.3 inch Super AMOLED display boasting a resolution of 540 x 960 pixels. The device is powered by a dual-core Snapdragon 400 processor clocked at 1.7GHz, 1.5GB RAM, 8GB onboard storage with a microSD card slot, 1,900 mAh battery, NFC and LTE. The miniature has a 8MP back camera with autofocus and LED flash with a 1.9MP front snapper. The device is running Android 4.2.2 Jelly Bean on top of it.

If it’s true, I am sure we will see an official announcement from Verizon very soon. Stay tuned, we will share with you every bit of information as soon as it’s released.