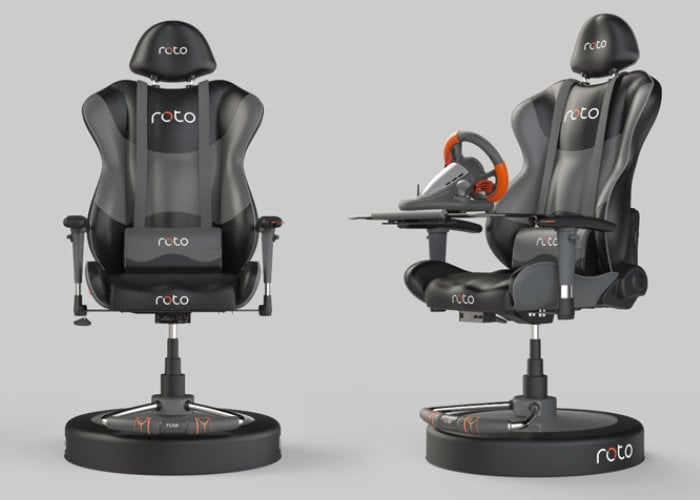 Roto VR is a highly advanced interactive chair that addresses the physical problems of consuming VR, such as motion sickness and tangling cables, whilst also massively enhancing the immersive experience with haptic feedback. The Roto VR chair is also motorized and can auto-rotate to wherever the user is looking, allowing for effortless 360-degree viewing and exploration.

“Most people sit down to watch movies, work, play games and browse the internet and we see no reason why the exciting new medium of VR should be any different,” said co-founder and CEO of Roto VR, Elliott Myers. “The innovative product is compatible with most VR Head Mounted Displays (HMDs) and is also compatible with all movies and games, as well as a host of additional accessories such as racing wheels and joysticks.”

The Roto VR chair SDK is now available to all developers, enabling them to optimise their games for use with the Virtual Reality Chair. For example, with driving games the player experience can be augmented with extra depth of immersion when traveling through corners, with similar benefits for flight sims and other motion-heavy titles. Roto VR is due to launch the consumer and office version of the Roto VR chair imminently which provides a low-cost platform to ‘buy-in’ to the VR and Augmented Reality (AR) markets.