This is really cool, artist Marek Tomasik has created one of the geekiest rooms I have ever seen. The room has walls made out of old computer parts. It appears that most of the parts are pieces from computer cases and other items. The effect is more than a bit creepy, but looks really cool. 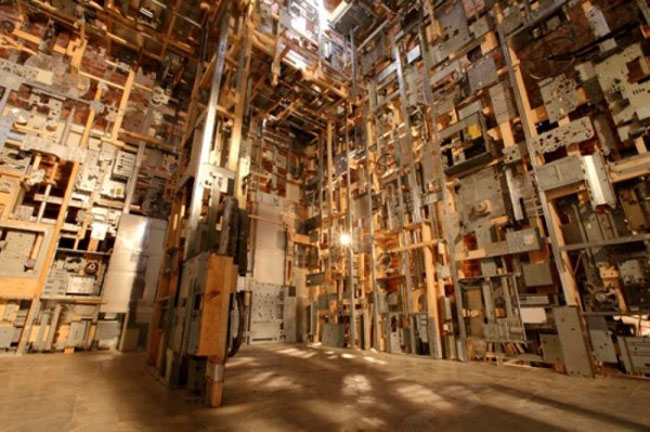 It looks like the inside of HAL 9000’s brain. The parts were placed inside wooden stud walls with space between them. It appears that the room even has a skylight too. There is a bunch of computer parts in there for sure. I wonder how many times he upgraded in three years to collect so many pieces.

I have more than three years with of parts here and I would bet for most people this is ten years worth of computer parts making up the walls and ceiling of the room. This is also sort of what I picture the inside of a major telephone system hub looking like.