Did you know there have been four different Mars rovers to touchdown and drive along the surface of Mars since 1997? All four belong to NASA and include – in order of oldest to newest – the Sojourner, Spirit, Opportunity and Curiosity.

Curiosity has been getting the brunt of the attention after finding strong signs that life may have once existed on Mars, but Opportunity recently hit a monumental point by breaking the record for the longest NASA drive off Earth. 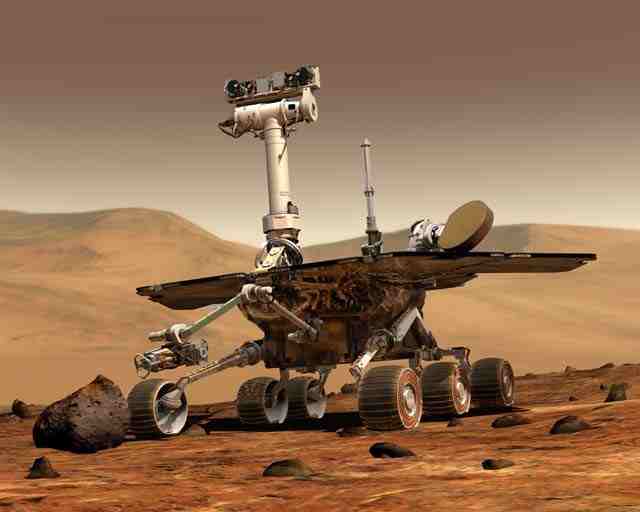 Opportunity has driven a total of 35.76 kilometers along the surface of Mars – much more than Curiosity’s measly .7 kilometers. Before last week the record was being held by the Apollo 17 Lunar Rover, which explored 35.74 kilometers of the moon before being retired. Opportunity had already help the longest drive on Mars after eclipsing Spirit’s 7.7 kilometer exploration that ended in 2010.

Opportunity isn’t far from achieving the record for the longest drive off Earth ever. The title is currently held by the USSR’s Lunokhod 2, which drove 37 kilometers along the surface of the moon in 1973. Will the Opportunity be able to continue to resist large amounts of dust and debris to break the overall record? We’ll know if it completes its next record breaking mission of 1.4 miles or if it comes up short by the end of this year.