Mobile gamers that like to play games on the iPhone, iPad, or iPod touch have a new game to check out today. The game is RollerCoaster Tycoon 4 Mobile and it is available for download right now for $2.99 on iTunes. The launch of the game for the iOS devices marks the first mobile version of the game. Players can create their own amusement park to lure in visitors. 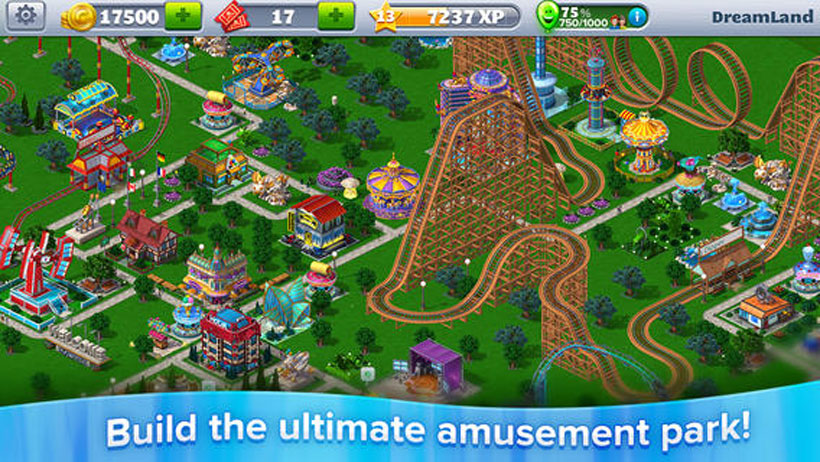 In addition to roller coasters, players can add other rides and facilities including places to eat and more. The game allows players to connect with other friends online. Players can also compare parks, exchange gifts, and roller coaster designs via Facebook and Game Center. The developers of the game have also announced that a multiplayer PC version of the game is coming this holiday season.

The game comes with over $5.00 worth of in-game currency. “RollerCoaster Tycoon provided a generation of gamers with creative and unique ways to build some of the most exhilarating amusement parks and coasters around,” said Fred Chesnais, Chief Executive Officer, Atari, Inc. “RollerCoaster Tycoon 4 Mobile brings the series to new platforms to fully take advantage of mobile and social features. The PC version will offer multiplayer and co-op gameplay. We have a long-term plan to bring the RollerCoaster Tycoon franchise to a new level.”