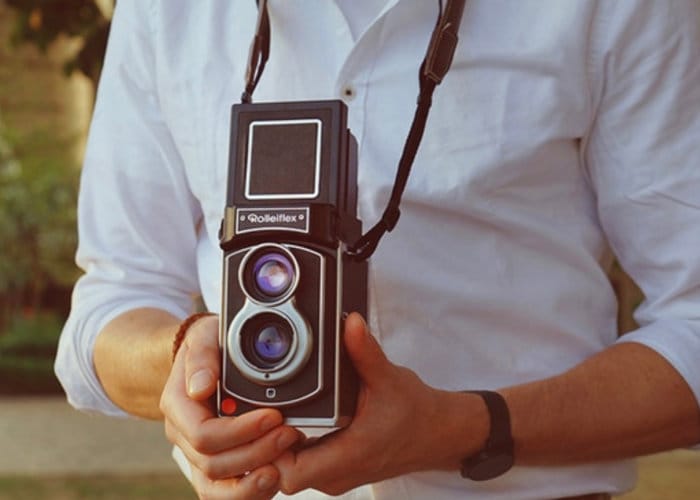 Rolleiflex is a modern instant camera which has been created by a team of photographers and developers based in Hamburg, Germany. Launched via Kickstarter the project has already raised over £100,000 and pledges are available from £293 for the next few hours. Rollei is a well-known German camera brand, has over a hundred years worth of experience in camera and optics development. The Rolleiflex as the companies premier line dedicated to medium format twin lens reflex (TLR) cameras which were first created way back in 1927.

“We gathered camera enthusiasts, experienced technicians, TLR lovers and other camera manufacturers together in order to brainstorm new ideas for how to re-introduce the TLR for the modern era. We’re confident that this new camera will evoke memories of days gone by when in the hands of people who grew up with one in the 60s. But we also want to introduce ourselves to a new generation of analog photographers to help them release their untapped creative potential.”

The latest Rolleiflex instant camera takes the form of a twin lens camera optimised for use with Fujifilm Instax Mini film, and offering a wide range of apertures from f/5.6 to f/22, accurate focusing from 48 cm to infinity with cinematic viewfinder and the built-in electric flash with automatic light emission control. For more information, full specifications and a list of all available pledges jump over to the Kickstarter campaign page by following the link below.