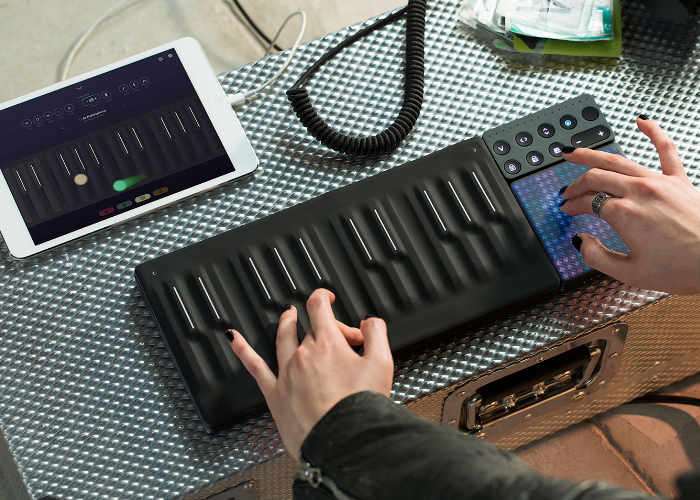 Expanding their range further Roli has created a new range of next-generation musical keyboards in the form of the Role Seaboard which are now available to purchase priced at around $300.

The keyboard surface can be used in a number of different ways either striking, gliding, sliding or pressing your fingers to create different sounds and loops. Check out the demonstration video below to learn more about this uniquely versatile instrument which is equipped with five dimensions of touch.

Create astonishingly expressive music on a portable, super-powered keyboard. Touch and shape your sound on Seaboard Block’s soft, pressure-responsive musical surface. Play a powerful standalone instrument — and extend its power by connecting to other Blocks.

Searing solos, cinematic soundscapes, and simple sketches start with one moment of touch. Then the musical possibilities grow. Make music with Five Dimensions of Touch (5D Touch) on a uniquely responsive surface. Expression is at your fingertips, so you can bring any musical idea to life.